I grew up in a small town in northeastern Massachusetts.  For my 11th birthday, I got a pony!  (I know, best parents ever.)

Heather was the most adorable little brown dappled Shetland pony with a long flaxen mane and tail and the most perfect star on her face.  She was previously owned by a large family and their seven kids had learned to ride on her, so she knew every naughty pony trick in the book.

At our first Pony Club dressage show, Heather jumped right out of the arena twice and we had to be hand-led through our dressage test. (As opposed to being eliminated - it was a great club for kids.)  It was hardly the debut that I had envisioned.  I was completely mortified and cried myself to sleep that night.  Beginnings can be very awkward.

It all started with that precious little peanut, and I have now owned horses for over 35 years straight and cannot imagine a life without them.

With various mounts I continued through the levels in Pony Club, and competed in dressage and eventing.

My journey went deeper into dressage when my mount at the time started refusing fences, likely due to body pain that wasn’t recognized. After my high-level professional trainer lashed her repeated with a lunge whip as I tried to get her to jump a fence, I ended the jumping with her.  She had welts all over her and I couldn’t stand the cruelty.  The "training" was deplorable.  Thus I took a new turn.

We took lessons from a well-known and ethical Grand Prix dressage rider and did well, winning repeatedly at First Level.  But my Quarter Horse mare just wasn’t capable of progressing to a higher level using the standard methods.

I finally retired that mare to just trail riding in her twenties.  I was eager to continue my education, and took lessons with another Grand Prix competitor and trainer on her FEI level schoolmasters.  I was able to ride the high level movements, but it was not in lightness.  The horses were so heavy on the reins that my arms were painfully sore after every lesson, and I had blisters on my fingers.  If the horse didn’t make a flying change, the instructor would yell “Kick him!!”, or if he tried to stretch long and low, the instructor would yell “Slam him in the mouth!!  No snowplowing!”  Surely there had to be a better way.  I finally just stopped going.  At this time I heard whisperings of natural horsemanship.

I needed a new horse, and decided it should be a Spanish horse for their beauty, intelligence, and affinity for dressage.  In 2004 I purchased a very green four-year-old Andalusian cross mare.

She was unlike any other horse that I had experienced.  I was very naïve, having never felt that high energy and sensitivity before.  Fortunately, the first weekend after I got her, I attended a Parelli exposition of the Love, Language, and Leadership tour.  I had never seen anything like it, and it blew me away.  I bought everything and jumped full in, and thus I am still here to tell you about it.  The prior “training” I had received would have resulted in a complete train wreck with this sensitive horse.  Instead, we learned how to communicate, built trust, and solved a long list of problems starting with just bridling and mounting.  It was near impossible to bridle her, and she would actually try to kick me when I mounted.  Soon she was bridling herself with me just holding the bridle out for her, and stepping up to the mounting block for me to get on.  I completed the Level 1, Level 2, and Liberty and Horse Behavior home study programs.  I also received an enormous amount of information through their Savvy Club, and rode in clinics with Parelli instructors Christie Rains and Kathy Baar.

In 2005 I saw an ad for a clinic with Mark Russell.  I signed up and trailered my young mare a few hours to Mark’s first-ever clinic in southern Connecticut.  I knew immediately that Mark was to be my mentor.  His gentle energy and infinite knowledge were perfect for my sensitive mare.  I attended clinics and rode with Mark as often as possible until his passing in 2016.  I spent literally hundreds of hours watching him teach his art.  Mark was both a trainer and a farrier.  I would also have him check my trimming, and he would tell me that I should be teaching farriers how to trim.  I am eternally grateful for his words of encouragement and wealth of knowledge through the years.

In 2015 I joined Marijke DeJong’s Straightness Training program, and then her Mastery program in 2016.  Her work has been the perfect segue to Mark’s work after his tragic death, as I delve even deeper into classical work and biomechanics.  I’ve had the amazing experience of attending two clinics with Marijke, two clinics with ST Instructor Rebecca Gilbert from the U.K., and one clinic with ST Instructor Zaneta Georgiades from South Africa, with more to come as I follow this path.

I absolutely love working with horses.  I live for those first few steps of something new, of developing communication and rapport with the horse, and of the beautiful progression as physical ability and communication improve.  That truly makes my heart sing.  Add to that a human who desires to learn and take this profound journey with their horse, and it is such a joy for me to share in that.

I had many horses and ponies through the years.  In the early days, the ponies were all barefoot, and the horses were all shod.  The ponies had strong feet and didn't have abscesses or other problems like the horses.  As with the training of those times, awareness on hoof health was certainly lacking.  The last horse that I had shod had her hooves completely deformed by a farrier and the veterinarian that was telling that farrier what to do.  And it was a very good vet!  The knowledge that is available now just wasn't readily available at that time.  Finally in 1999 a good new farrier who could see the damage that was being done pulled that mare's shoes and I have never had a horse shod since.

The barefoot movement was just starting then, along with the birth of the internet.  I devoured all of the information that I could find.  I purchased Jaime Jackson's books and training videos, and I began using his methods to trim my horses.

Again the Spanish mare became my best teacher...   Many Spanish breeds are genetically predisposed to insulin resistance.  Shortly after she arrived from being shipped across the continent, she was diagnosed with severe laminitis.  Radiographs revealed coffin bone rotation in one front hoof, and a complete sinker in the other.  (The hoof wall had completely detached from the coffin bone and lateral cartilages, and the bone structures had "sunk" to the bottom inside the hoof capsule.)  That was beyond my trimming capabilities at that time, so I enlisted the help of a professional barefoot trimmer who rehabilitated her.  And thus my education in insulin resistance and laminitis began and  I took over her trimming again when she was on the mend.  Sadly she had another severe bout of laminitis ten years later, and I was able to rehabilitate her again myself.  I have lived through the hell of having a beloved horse with laminitis, rather than just trimming and leaving.  I truly understand how painful it is to the horse and the owner.  I also experienced first hand how dedicated treatment can prevent more severe damage and return a horse to soundness.

​Healthy happy hooves have become an obsession for me, and the hoof's ability to heal continues to amaze me.

For training, I have:

-Studied extensively the work of internationally recognized barefoot rehab specialist Pete Ramey, and attended his trimming clinic.
-Shadowed with Geri White as she worked on horses, and attended her Trimming and Cadaver Dissection clinic.  Geri is a Field Instructor for the Equine Sciences Academy (ESA), and the current President of the American Hoof Association (AHA), of which Pete Ramey is one of the founders.
-Private mentorship with Jeannean Mercuri and completed her Anatomy, Dissection, & Trimming and Booting, Casting, & Grinder Trimming clinics.  Jeannean is a mentor, clinician, and Director of Education for Pacific Hoof Care Practitioners (PHCP) and on the AHA Education Committee.
-Private PHCP mentorships with Patrice Sager and Anne Buteau.

I am a member of PHCP, and my education continues with more private mentorships and clinics.

​It is safe to say that I am always learning, every single day.  I insist on learning from the best, and I bring that knowledge to the horses and their people.
​ 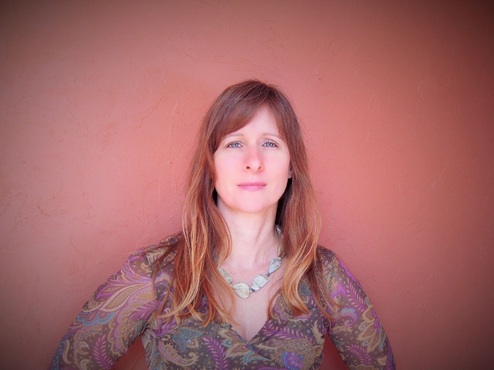